The Doncaster Handicap, held at Randwick Racecourse in Sydney, Australia, is the most famous mile on the Australian racing calendar. It is a 1600m open handicap run by the Australian Turf Club during April, on Day 1 of The Championships.

You can read more about the race history, lead-up races and past winners on the Doncaster Handicap page. 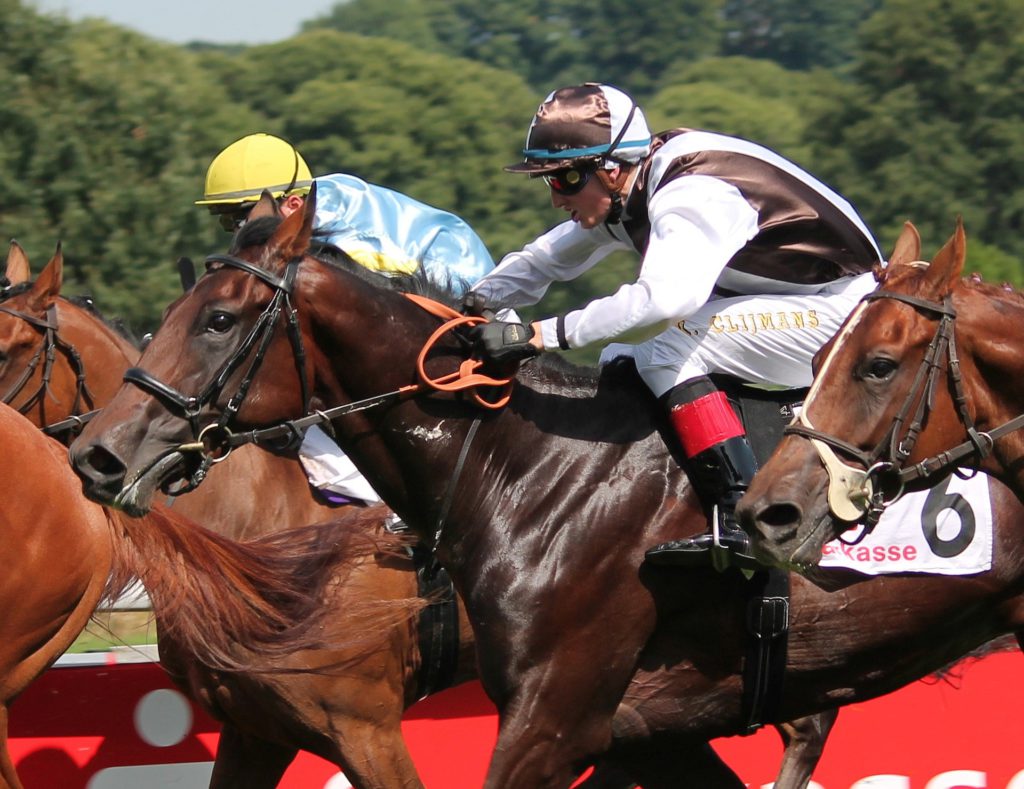 There is a full field of 20 runners plus two emergencies for the $3,000,000 Doncaster Handicap, with trainers Chris Waller, James Cummings and Annabel Neasham having three runners each and Kris Lees and Gai Waterhouse & Adrian Bott with two runners each. Eight of the horses had their last start in the Group 1 George Ryder Stakes two weeks ago, two in the All Star Mile four weeks ago, two in the Group 3 Doncaster Prelude one week ago and one and an emergency in the Group 1 Rosehill Guineas two weeks ago. The field range in age from three-year-olds to seven-year-olds and include last years winner Nettoyer and runner-up Star Of The Seas.

The early favourite is All Star Mile winner Mugatoo who has two wins from two runs at this distance and although he has earned $3.2 million in prizemoney is looking for his first Group 1 victory. Second favourite is Rosehill Guineas winner Mo’unga who has four wins and two places from seven runs. Third favourite is Think It Over who won the George Ryder Stakes last outing.

Yao Dash won the Doncaster Prelude by 3.5 lengths last week and carries less weight. Avilius has ran two great races this campaign and can show up again. Aegon is a brilliant three-year-old from New Zealand with 5 wins from 6 starts. Funstar loves this track and was 2nd in the Epsom Handicap in the Spring. Forbidden Love is the only filly in the race and won the Group 1 Surround Stakes two starts ago, while Cascadian had the best last 400m race sectional when 4th in the George Ryder. All other runners are currently 20 to 1 or longer.

With nine wins and three places from 18 starts this six-year-old Henrythenavigator gelding trained by Kris Lees has already won $3.2 million in prizemoney mainly due to his win in the All Star Mile last outing. He has raced three times at Group 1 level and was placed in The Metropolitan back in October. He has won two form two races over 1600m and with a nice draw and Hugh Bowman aboard I expect him to be in the finish.

One of four seven-year-olds this year this Pivotal gelding trained by James Cummings has won 11 races including three Group 1’s with the 2019 George Main Stakes, 2019 Tancred and the 2019 Ranvet. He resumed for 0.2,0.2 lengths 3rd in the Chipping Norton Stakes where he had the best overall race sectionals then was 0.2,0.1 length 3rd in the George Ryder after being crowded and eased shortly after the start, and it looked like he could have won with a better start. Don’t forget him as I expect him to be in the first six home.

This Not A Single Doubt gelding was off the track for 72 weeks before returning for 8th in the Canterbury Stakes then 2.7 lengths 6th in the George Ryder. He has won three races over 1600m but this looks too tough.

He ran 2nd in this race last year and goes well at this track and distance. He will appreciate the drop in weight to 54kg under the handicap conditions against the 59kg he has been carrying at weight-for-age.

One of two runners having his first-up run for this campaign in this race (the other is Zaaki) this French import has had three runs in Australia and his best performance was 2.65 lengths 6th in the Group 1 Kennedy Cantala. Has had three trails in March but not expecting him to be in the finish.

This four-year-old Not A Single Doubt mare trained by Gai Waterhouse & Adrian Bott can mix her form and is hard to follow.She has started at Group 1 level four times and has won twice – the 2020 Vinery Stud Stakes and 2020 Empire Rose Stakes.  Her first-up 3rd in the Group 3 Frances Tressady Stakes was promising but then she only beat one home in the All Star Mile next start – I repeat she is hard to follow.

He followed a narrow win in the Group 3 Newcastle Newmarket with 1.9 lengths 5th in the George Ryder Stakes. That was a very respectable effort and he is certainly not the worst runner in this field.

This UK import will be having his first Australian start and has 4 wins over 1600m to 1750m. He got the visitors draw of barrier 22 which will not help his chances. Prefer to see.

I am a big fan of this three-year-old New Zealand gelding who already has a Group 1 and two Group 2 wins from only six starts. He was very impressive winning the Group 2 Hobartville Stakes by 1.8 lengths at his first Australian start, then was trapped three wide with no cover back in the second half leaving him with not enough to finish hard when 3.4 lengths 6th in the Randwick Guineas. I’m expecting him to go well and am putting him in all my exotics.

This gelding won the 2020 Doncaster Prelude then finished 3.4 lenths 9th in this race last year. He finished a length 4th in the George Ryder last start after being crowded shortly after the start and having trouble finding a run. He had the best last 400m race sectional and it wouldn’t surprise to see him run well here.

This four-year-old entire trained by Leon Macdonald and Andrew Gluyas in Adelaide has seven wins and six places from 23 starts. He has started at Group 1 level nine times for one place and although he is a very good horse I don’t think he is really Group 1 material.

This five-year-old So You Think gelding has had a very nice preparation.He resumed with a win in the Group 3 Liverpool City Cup over 1300m, was 0.8 2nd in the Group 2 Ajax Stakes over 1500m , then won the George Ryder. Barrier 18 is no help but I believe he will be in the finish.

She had excuses when badly crowded before finishing 3.7 lengths 8th in the George Ryder after a nice run in the Chipping Norton the start before. She finished 2nd in the Epsom in October and has some claims..

This seven-year-old from the James Cummings stable lost at the post when a close 2nd in the Australian Cup and might enjoy coming back to 1600m which is his best distance. Could sneak a place.

He chased hard to find the front at the 100m and keep going for a 0.8 length win over 1500m in the Group 2 Ajax Stakes. On the basis of that he could be able to place here.

This five-year-old Pierro gelding trained by Team Hawkes has not been far from the winner at his last couple of starts but doesn’t look like a genuine Group 1 horse.

This four-year-old Smart Missile gelding has come into form at the right time with a win in a 1350m handicap then a 3.5 length win in the Doncaster Prelude last week. So far no horse that has won the Prelude has gone onto win the Doncaster. I don’t know if he can win but I think he won’t be far away from the winner.

He was badly held up in the Randwick Guineas and absolutely flew home to grab 2nd when he got clear and should have won. Last start he won the Rosehill Guineas to give him his first Group 1 win. I don’t think it will be his last. He has drawn very wide (barrier 21) and his breeding suggests he will be better over further but he has the wow factor and I believe he can win this.

The only filly in the race has five wins and four places from 12 starts. Most of her racing has been against her own sex so she will find this harder, but can run well with only 49.5 kg on her back.

Ran 4th in the Randwick Guineas then 5th in the Rosehill Guineas. Not the worst.