The ATC Australian Derby is a 2400 metre race for three-year-olds at set weights run by the Australlan Turf Club at Randwick. It is held on the same day as the Doncaster Mile on Day 1 of The Championships.

You can read more about the race history, lead-up races and past winners on the Australian Derby page. 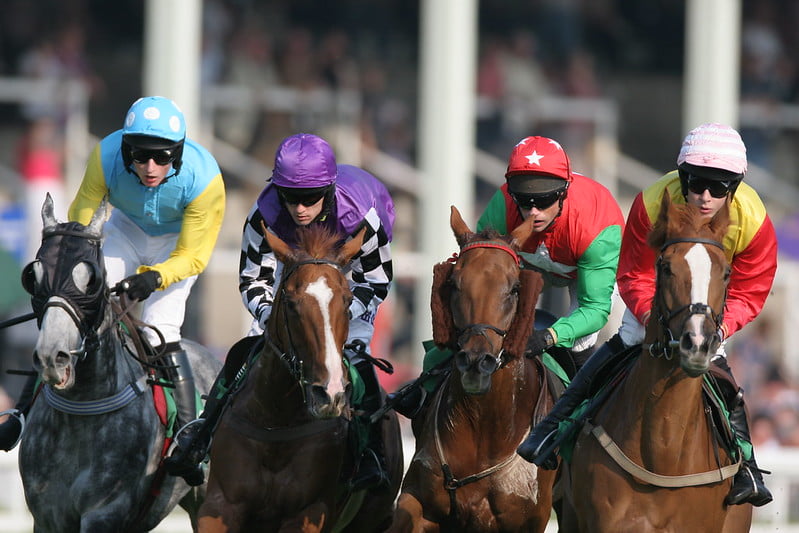 There are 16 runners for the $1,000,000 Australian Derby with seven colts, eight geldings and one filly. Five of them had their last start in the Group 1 Rosehill Guineas two weeks ago and seven had their last start in the Group 2 Tulloch Stakes last week. The early favourite is the filly Montefilia who came 3rd in the Rosehill Guineas with the best last 200m race sectional of the day at the distance. Second favourite is Sky Lab who finished 2nd in that race. Third favourite is  Rocket Spade who has not raced in Australia before but has five wins and two places from nine starts in New Zealand, including a win in the Group 1 NZ Derby over 2400m in March.

Lion’s Roar won the Randwick Guineas before running 4th in the Rosehill Guineas, while Khoekhoe was 6th in the Rosehill Guineas. Young Werther chased well for 0.5, 0.4 length 3rd in the Tulloch Stakes and Favreau kept chasing for 4th. Yaletown is the least experienced runner with only four starts but was able to win the Tulloch Stakes and is better than his price suggests. Explosive Jack has three wins from six starts and ran on strongly for 2nd in the Bendigo St Leger Trial over 2200m where he came from well back. All other runners are currently 30 to 1 or longer.

He came from last to win the Randwick Guineas in a very impressive performance before only getting clear late when 1.8 lengths 4th in the Rosehill Guineas. He is worth another chance and should figure in the finish.

This Fastnet Rock colt has five wins in New Zealand including the Group 1 NZ Derby and two Group 2 wins. He is having his first Australian start ad is one of the key chances.

One of two runners trained by Paul Perry at Newcastle this gelding chased hard for o.2 length 2nd behind Mo’unga in the Rosehill Guineas at his first run at Group level. That was an excellent lead-up and he is a leading hope.

Finished 2nd in the NZ Derby then ran 8th in the Rosehill Guineas at his first start in Australia. Not the worst.

Ran 3rd in the NZ Derby then was racing very keenly before being winded in the latter stages for 8th in  the Rosehill Guineas.

He led all the way to win the Tulloch Stakes last week at his fourth race start. That was a great performance which puts him right in this.

Gets the blinkers on for the first time and has placed at his last two starts in Group 2 company. Capable of running a good race.

Was a little disappointing in his first Sydney run when 6th in the Rosehill Guineas. Wouldn’t surprise to much if he ran a place.

Kept chasing for 0.5 length 2nd in the G2 Tulloch Stakes at his first try at Group level. Should go well over the 2400m.

He was a 3.75 length winner of the Tasmanian Derby over 2200m in February. At his latest start he came from well back in the field and ran on strongly for 0.75 length 2nd in the Bendigo St Leger Trial. He is a nice staying type and could figure in the finish.

In December he ran 2nd in the Group 3 Grand Prix Stakes at Eagle Farm, but his latest couple of starts have been fairly ordinary.

He has drawn the widest barrier. Finished 1.1 lengths 4th in the Tulloch Stakes.

Only beat one runner home in the Tulloch Stakes. This is too hard.

He has had nine starts and his only win is a maiden at Newcastle. Not here.

Has not raced at Group or Listed level and is aiming too high.

The only filly in the race, she has the highest prizemoney having won $1.2 million. In the Spring she won the Group 1 Flight Stakes and the Group 1 Spring Champion Stakes. She resumed for 6th in the G1 Surround Stakes then ran 3rd in the Rosehill Guineas where she had the best last 200m race sectional of the day at the distance. She is one of the main hopes and will be in the finish.