Each week we put together our top AFL tips, selections, previews and reviews for past and future major events. All our tips are posted onto the site between Thursday and Friday each week. Sign up to our newsletter to be notified when they are available each week. 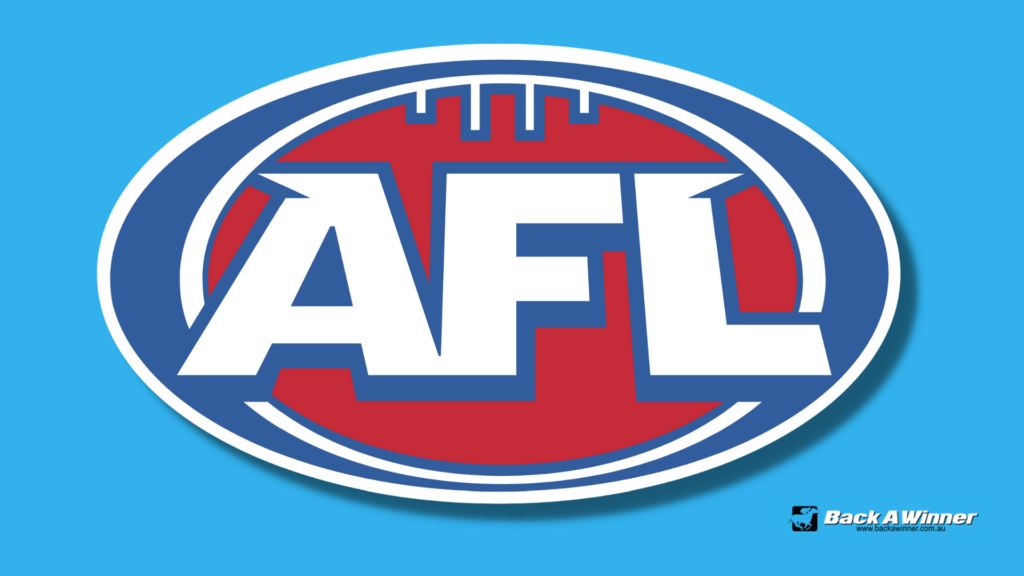 AFL (Australian Football League) is the pre-eminent and only fully professional men’s competition of Australian rules football. The league currently consists of 18 teams spread over five of Australia’s six states – Tasmania being the exception. It has a 23-round regular “home-and-away” season, which runs between March to September.

The AFL pre-season serves as both warm-up matches for the season and as a stand-alone competition. Presently, practice matches are now played under Marsh Community Series. All 18 clubs plays two matches each and are played on some weekdays and weekends throughout February and early March.

The top 8 teams at the end of the AFL Premiership season compete in a four-week finals series throughout September, culminating in a Grand Final to determine the premiers.

The finals series is played under the AFL final 8 system, and the Grand Final is traditionally played at the Melbourne Cricket Ground on the afternoon of the last Saturday in September.

What do you need to know about AFL Betting?

AFL Betting is a great platform for fans to enjoy a punt, especially those who love the sport. The enthusiasm and fervor that the crowd brings in makes AFL betting a great platform to indulge in.

However, like any other sports betting, you should first have a good knowledge of the league’s and team’s history before starting. There are 23 matches throughout the season, and each match is open in different betting markets for the placement of bets.

What are the common types of AFL betting?

Where can I find the best AFL tips?

The best place to find AFL tips are in online punting sites. From free sites to paid subscription sites, it’s up to you to decide the most appropriate way for you to access the best AFL tips that suit your profit goal, risk proﬁle and bankroll.

To determine which way you’ll go – professional AFL tipsters or free AFL tips – think about what you want to get from your punting and your income. Always check the results of the AFL analyst and make sure that they have demonstrated excellent results for their members, not just promises of winning.

If you are new to punting, we recommend signing up with Winning Edge Investments newsletter to receive a copy of their free 130 page Professional Betting Education Pack.

Western Bulldogs v Sydney Swans Thursday 31/3/22 @ Docklands Last 5 Encounters |  Western Bulldogs 2  |  Sydney 3 Notable Changes – Lance Franklin is out for Sydney (rested).  Bailey Smith is back for the Western Bulldogs. Verdict Another cracking game to start to the round with Sydney travelling to Melbourne for the first time this year to take

Carlton v Western Bulldogs Thursday 24/3/22 @ Docklands Last 5 Encounters |  Carlton 2  |  Western Bulldogs 3 Notable Changes – Star mid Sam Walsh is back for Carlton but they lose Jack Martin and Adam Cerra due to Covid protocols.  Young gun Baily Smith is out for the Dogs. Verdict Cracking game ahead of us to open the

Melbourne v Western Bulldogs Wednesday 16/3/22 @ MCG Last 5 Encounters |  Melbourne 2  |  Western Bulldogs 3 Notable Changes – Three of Melbourne’s back six from their premiership side are set to miss - Petty, Rivers and Hibberd.  Lachie Hunter is a surprising omission for the Bulldogs. Verdict We saw what Melbourne could do when things clicked in

Western Bulldogs v Melbourne Demons Saturday 25/9/21 This shapes as a hugely intriguing grand final clash - and we still don’t really know how many people will be allowed at Optus Stadium with WA’s COVID scare. There is so much on the line for the Demons as they look to break a near-60 year premiership drought. But I’m tipping the

Melbourne v Geelong Cats Friday 10/9/21 A big test for Melbourne as they face the finals-hardened Cats, but I think they’re up to winning this clash and securing a grand final spot. They’ll have to overcome a Geelong side which has proven to excel at this ground of Optus Stadium. In two matches at the venue this year, they’ve wiped

Geelong Cats v GWS Giants Friday 3/9/21 There’s been plenty of discussion about how the Cats fare in various stages of the finals’ series after last week’s qualifying demolition at the hands of Port. Virtually nothing went right for the Cats, but it wasn’t a huge surprise to some given they have an appalling record in the first week of finals.

Second Qualifying Final -Port Adelaide Power v Geelong Cats Friday 27/8/21 Keen on the Cats to topple Port here at Adelaide Oval. I know this is home ground advantage for the Power, but it won’t be a full house due to COVID restrictions. I’m sure that’ll somewhat nullify any perceived advantage for Port. This is the second year running the

Western Bulldogs v Port Adelaide Power Friday 20/8/21 Cracking contest to kick off the round with third-placed Port coming up against a fourth-placed Bulldogs side looking to get out of a slump. After consecutive losses to Essendon and Hawthorn, there’s cause for concern with the Dogs, but they are still favourites here. There’s plenty on the line with a top two

Greater Western Sydney Giants v Richmond Tigers Friday 13/8/21 Greater Western Sydney has made six changes for its all-important Friday night clash with Richmond. Jesse Hogan, Jacob Hopper, Shane Mumford and Josh Kelly are among the big-name inclusions for the Giants, while Toby Greene will miss through suspension. The Tigers are unchanged from the side that defeated North Melbourne last

Geelong Cats v Greater Western Sydney Giants Friday 6/8/21 The Cats have won 15 of their last 16 at GMHBA Stadium and will prove tough to roll for the Giants. Not only do they love this venue, the Cats have also only tasted defeat once from their past 12 recent outings and are rightly considered a serious premiership contender. They’ll be

St Kilda Saints v Carlton Blues Friday 30/7/21 Carlton finally gets exciting pair Charlie Curnow with Harry McKay back together to form an exciting forward line once again, but will it be enough to counter an improving Saints? Despite losing their past two, the Saints are surging towards finals and have won their past five here at Marvel. Carlton is no

Port Adelaide Power v Collingwood Magpies Friday 23/7/21 A must-win for the Power if they are to make any claim for the top four. Much has been made about Port’s credentials in season 2021, but the fact is they’ve now won six of their past eight. They also welcome back a trio of important youngsters, with Connor Rozee, Zak Butters

Fremantle Dockers v Geelong Cats Thursday 15/7/21 An intriguing Thursday night encounter in the west offers Fremantle a rich chance to prove its finals’ worth. The Dockers will need to be at their best as they face a Geelong side which has won eight of its last nine games. This is the first time the Cats will play a game in

Port Adelaide Power v Melbourne Demons Thursday 8/7/21 A Thursday night blockbuster pits second-placed Melbourne with four-placed Port Adelaide. This is an important clash for both sides, but particularly Port as they look to cement a spot in the top four. While they’ve won five of their past six, Port have enjoyed a breezy run in recent weeks and will

Gold Coast Suns v Richmond Tigers Thursday 1/7/2021 One of the major reshuffles in this COVID-ravaged fixture comes first up with the Suns ‘hosting’ the reigning premiers at Marvel Stadium. The Suns will be without ruckman Zac Smith (concussion) and onballers Noah Anderson (hand) and Hugh Greenwood (personal reasons) unavailable. Co-captain David Swallow returns from concussion as some consolation. For Richmond,

Brisbane Lions v Geelong Cats Thursday 24/6/2021 An in-form Geelong head north to the Gabba for one of the most daunting tasks in footy. But after six wins on the trot, the Cats couldn’t be better prepared for this blockbuster against the Brisbane Lions. Both sides are inside the top four, but the Cats can leapfrog the Lions into third

Geelong Cats v Western Bulldogs Friday 18/6/21 Geelong has home ground advantage as they look to keep momentum after a hard-fought away win over Port last week. They are unbeaten at GMHBA Stadium this year and this time they’ll play in front of a small amount of fans. Shaun Higgins will miss for the Cats but is replaced by prolific

Port Adelaide v Geelong Cats Thursday 10/6/2021 Port host Geelong at Adelaide Oval in what shapes as a blockbuster for a surprise (and welcome) return to Thursday night footy. The Power come off two wins, but they’ve been far from convincing – limping past Collingwood before beating poor travellers Fremantle at home. Geelong are on a four-game winning streak, but

View this weeks tips. Our racing panel gives you their best tips each week.
Page load link
Go to Top