The Coolmore Stud Stakes is a 1200 metre race for three-year-olds at set weights run by the Victoria Racing Club at Flemington. It is held in late October or early November three days before the Melbourne Cup.

You can read more about the race history, lead-up races and past winners on the Coolmore Stud Stakes page. 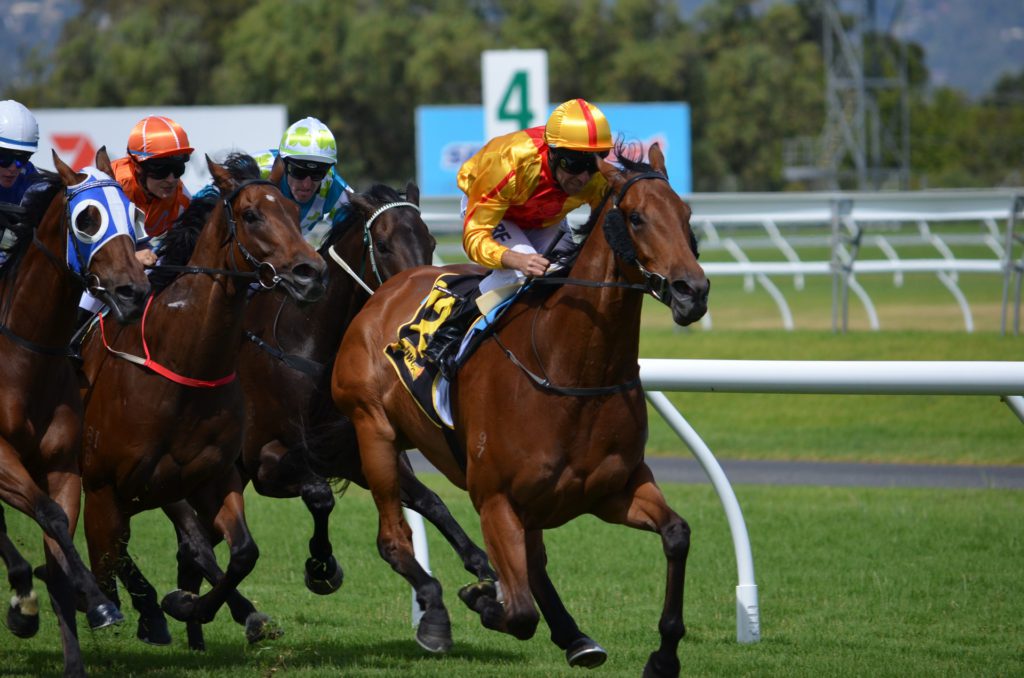 Swats That is a filly in good form who has won two Group 3 races at her last two starts.  Anders won four races in a row before 3rd in the Blue Sapphire Stakes. Glenfiddich led all the way to win the Stutt Stakes last start. Ranting won the Blue Sapphire Stakes, while Doubtland finished 3rd in the Roman Consul Stakes.  All other runners are currently 20 to 1 or longer.

This Not A Single Doubt colt has five wins from seven starts and won the Group 2 Silver Slipper Stakes, Group 2 Todman Stakes and the Group 1 Golden Slipper all in a row as a two-year-old. He resumed after 25 weeks for 3.8 length 5th in the Group 2 Run To The Rose over 1200m at Rosehill on 12 September where he raced too keenly and was slow to recover afterwards. He has won a trial since then and should come back a s good as ever.

This Snitzel colt has won both starts since resuming – the Listed Heritage Stakes over 1100m and the Group 2 Roman Consul Stakes over 1200m which he won by a comfortable 2 lengths. One of the main chances.

As a two-year-old he won the Group 2 Skyline Stakes at his first start then was placed in the G1 Golden Slipper and the Group 1 ATC Sires Produce. He has had four starts since resuming and hasn’t regained his two-year-old form. He only beat one runner home in the Caulfield Guineas on 10 October and I won’t be backing him here.

Last start he led all the way to win the Group 2 Stutt Stakes over 1600m. He drops back from a mile to 1200m and place prospects look best.

His only win was in the Group 3 $400,000 Blue Sapphire Stakes with only 3 runners where he beat odds-on favourite Anders and Hanseatic running over the top of them after they had a two-horse battle up the straight. He had placed in the Group 2 Danehill Stakes the start before and shouldn’t be underestimated.

With three wins from five starts it’s interesting that two wins were on soft tracks and the other on heavy going. He won the Danehill Stakes on soft going before 3rd in the Group 2 Roman Consul Stakes last outing.

Winner of four in a row including the Listed The Rosebud and the Group 3 San Domenico Stakes, before running 3rd of 3 in the G3 Blue Sapphire Stakes. He was only 0.3 length behind the winner and his failure was attributed to heat stress.  A very good horse and one of the chances.

Won the Group 3 Ming Dynasty Quality before 3rd in the Stutt Stakes last start. He is dropping back from 1600m to 1200m which is a query.

He won a benchmark 75 over 1200m at Morphettville by 2 lengths on 17 October, but will probably find this race too strong.

Won the Group 3 Vain Stakes over 1100m when resuming but then only beat one home when 7 lengths 14th in the Group 3 HDF McNeil Stakes. Has had a nine week break since then so suspect he may have had some problems.

Resumed for 2nd in the HDF McNeil Stakes where he had no luck, then had respiratory issues when 10th in the Caulfield Guineas Prelude. If he is over his problems he is in with a chance.

A lovely filly that has won the Group 3 Scarborough Stakes and the Group 3 Thoroughbred Club Stakes at her last two starts. I think she could at least place here.

Ran 0.75 lengths 2nd in the Thoroughbred Club Stakes last start but will find this much harder.

This Exceed And Excel filly trained by Chris Waller has won four of her seven starts. She won the Listed Cap D’Antibes Stakes over 1100m at Flemington by 0.75 length on 12 September, then charged home out wide for a 1.25 length win in the Listed Poseidon Stakes over 1100m at Flemington on 3 October. She drops in weight and looks one of the main chances here.