The Vain Stakes is an 1100 metre set weights plus penalties race for three-year-old colts and geldings run by the Melbourne Racing Club in August. It is held at Caulfield on PB Lawrence Stakes Day as part of the Melbouirne Spring Racing Carnival. 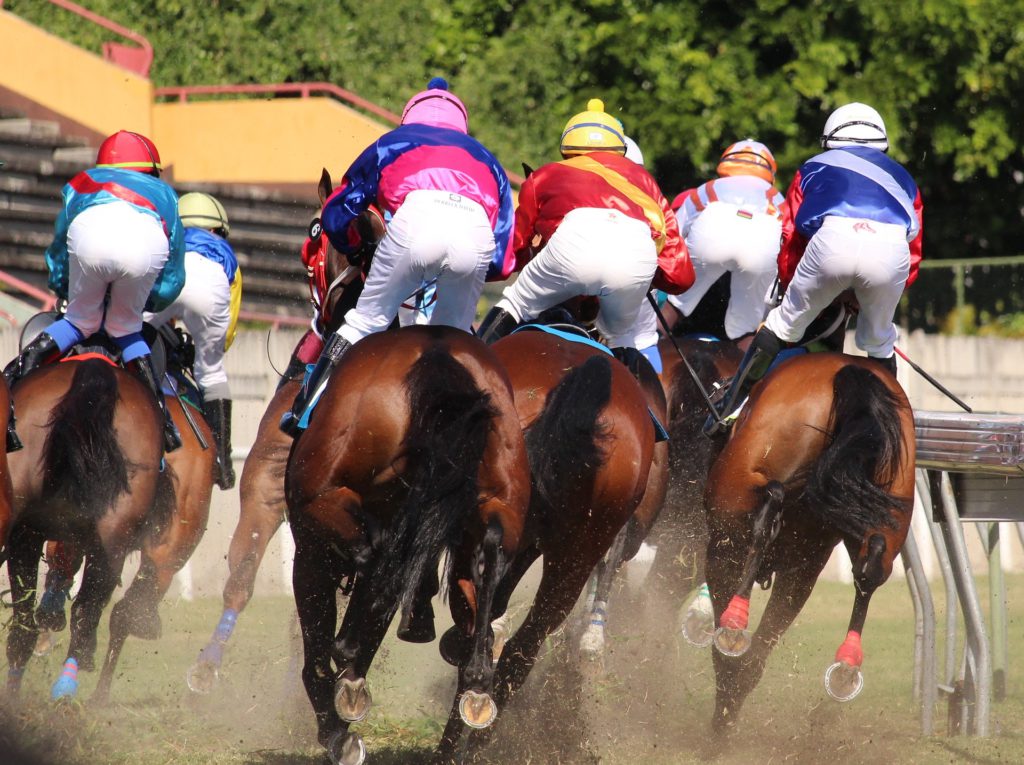 The sprint attracts quality new season colts and geldings who have already had a win or two before. Many of them are racing here first or second-up making the results hard to predict. The race is named after champion sprinter Vain who raced in the late 1960’s. It is held on Group 2 P B Lawrence Stakes day where the other Group 3 event on the program is the Quezette Stakes which is the equivalent race for the fillies. The program also includes the Listed Regal Roller Stakes for horse four-year-old and up who may be hoping to get a spot in The Everest.

Vain was a chestnut horse foaled in 1966 who was a champion sprinter from 1968 to 1970. He only raced 14 times but won 12 of those races and came second in the other two. He was bred and owner by brothers Walter, Fred and George Johnson from Melbourne, and was trained by Jim Moloney. Pat Hyland was the jockey that rode him for all his wins.

It was clear from the start that he was a very special horse and as a two-year-old he won the Debutant Stakes, Maribyrnong Plate, Merson Cooper Stakes and VRC Sires Produce Stakes by a cumulative margin of 18 lengths. He didn’t just win – he totally humiliated his rivals. Next he contested the Golden Slipper in Sydney which had not been won by a Victorian horse before and charged away to trounce the short-priced Sydney filly Special Girl by four lengths. He then had his first defeat when beaten in the AJC Sires Produce by Beau Babylon on a wet track. The following week in the Champagne Stakes he won by 10 lengths in the fastest time ever recorded by a two-year-old.

As a three-year-old, Vain proved himself as a champion sprinter-miler in the Melbourne Spring Carnival of 1969. He won the Caulfield Guineas by three lengths, the Craven A Stakes on Derby Day by 12 lengths, followed by the Linlithgow Stakes on Oaks Day by six lengths and the George Adams Handicap on the final day carrying 10lb (about 4.5 kg) over weight-for-age. His only defeat as a three-year-old was in the 1969 Moonee Valley Stakes (now called the Bill Stutt Stakes) to Daryl’s Joy, a champion New Zealand colt, who won a Cox Plate, Victoria Derby and later raced successfully in the United States.

Vain suffered a leg injury in a track gallop at the end of his three-year-old season and was retired to stud in 1970 at Widden Stud in the Hunter Valley. He had a long and successful career at stud siring well over 300 winners amongst them were two Golden Slipper winners  –  Sir Dapper and Inspired (which was Darren Beadman’s first Group 1 win). His name can be found on both sides of the pedigree of Black Caviar.

Interesting trivia: More Than Ready is the broodmore sire of 2019 winner Bivouac and also the broodmare sire of 2019 Quezette Stakes (the fillies equivalent of the Vain Stakes) winner Exhilarates. 2017 winner Juxebox and 2016 winner Russian Revolution were both sired by Snitzel, 2019 winner Bivouac and 2013 winner Safeguard were both sired by Exceed And Excel.

Past winners of the Vain Stakes