The Australasian Oaks over 2000m attracts some of the best three-year-old fillies in Australia. It is run under set weight conditions usually in late April or early May at Morphettville racecourse and normally has a capacity field of 16 runners.

You can read more about the race history, lead-up races and past winners on the Australasian Oaks page. 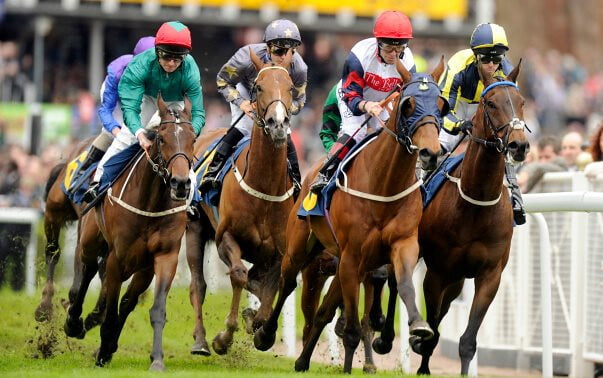 There is a full field of 16 runners plus 3 emergencies for the $500,000 Australasian Oaks and 7 of them (including an emergency) had their last start in the Group 3 Auraria Stakes on 17 April. Tom Dabernig & Ben Hayes are the only trainer with two runners and sires Hinchinbrook, Americain and Teofilo all have two daughters running. The early favourite is Steinem who won her first two races before running 4th in the Auraria at her 3rd start. Second favourite is Tasmanian filly Hela who is unbeaten in seven runs. Third favourite is Personal who won the Group 1 Kennedy Oaks in November.

Brookspire had a soft win over 1600m last start and is bred to stay. Flexible ran 3rd in the G3 Adrian Knox Stakes at her first try at the distance. Americain Angel has won or placed in all 6 starts. Sirileo Miss was 3rd in the Auraria and Ecumenical was 2nd.There are two New Zealand trained runners and Tokorangi won the G2 Waikato Guineas over this distance while Llanacord was 3rd in the G1 NZ Oaks. Tyche Goddess won the Auraria Stakes, while Media Award has won her last two starts by good margins. All other runners are currently 30 to 1 or longer.

One of two runners for Dabernig & Hayes, this Fastnet Rock filly was 2nd in the G2 Wakeful Stakes over 2000m then won the G1 Kennedy Oaks over 2500m less than a week later during the Melbourne Cup Racing Carnival. She was a close 3rd in the G2 Kewney Stakes in March before being badly winded to finish 7th in the G1 Vinery Stud Stakes over 2000m last start. I am willing to forgive that run and expect her to run well here.

She is one of two Hinchinbrook fillies in the race and won the Group 3 Ethereal Stakes over this distance back in October. At her last two starts she won the G3 Alexandra Stakes over 1600m on 19 March, then weakened in the straight for 7.8 lengths 6th in the Listed Port Adelaide Guineas on 10 April.Not the worst.

This Redwood filly is making her Australian debut and has had two wins and two places from nine starts in New Zealand. She won the G2 Waikato Guineas over 2000m by 1.8 lengths on 13 February, then was doing her best work late when 2.9 lengths 7th in the G1 NZ Derby on 7 March. Rough hope.

Scott Brunton has brought his unbeaten Night Of Thunder filly from Tasmania to contest this race. Her seven wins have all been by good margins from one length to 5.5 lengths over distances from 1100m to 2100m. She has drawn well and has her regular jockey David Pires. This will be her first Group race but she looks up to it and I think she will be there in the finish.

Last start this filly chased solidly for 0.3 lengths 2nd in the Auraria Stakes. She has won four of her 13 starts, with three wins at this track. Certainly not the worst.

One of two Teofilo fillies in this race she won the Auraria last outing where she came from well back to gather in the leaders in the closing stages. Last campaign she ran 3rd in the G2 Wakeful Stakes and I count her as one of the main chances.

She has won two of her three starts this campaign, with a narrow win in the VOBIS Siress Guineas over 1600m last start. This is the toughest race she has been in and she could struggle at this level.

With two wins and three places from five starts, this filly has been going well. Last start she finished 3rd in the Auraria after being inconvenienced at the 1400m. Should run well again.

This Hallowed Crown filly is trained by James Cummings and will be ridden by William Pike. After running 3rd over 1800m she ran 3rd in the G3 Adrian Knox last outing and should be in the finish here.

Her last two starts have been over 1400m and although she has worked home well this is a big rise in distance.

Chris Waller trains this Hinchinbrook filly who has two wins and two places from five starts. Last start she raced over 1600m at Caulfield where she took over at the 250m and went clear for an easy 2.25 length win. Looks one of the chances.

This Frankel filly is the least experienced runner in the field with only three race starts. She won her first two starts then was a clear last before working home nicely for 0.7 length 4th in the Auraria. A major contender who should fight out the finish.

The second of the Dabernig & Hayes runners. She was severely hampered when improving between runners and didn’t come on in the straight when 4.5 lengths 8th in the Auraria. Could struggle here.

Last start this Americain filly finished 9th in the Auraria Stakes which was the first time in seven starts that she didn’t finish in the trifecta.  Barrier 18 is no help.

This Shamus Award filly is an improving type who has won her last two starts with a 3.75 length win in a maiden plate at Kyneton and a 1.25 length win in a BM 64 over 1700m at Geelong. This is her first attempt at metropolitan racing and I think she will find it too hard.

She has won or placed at all six starts so far but has started favourite at her last two starts and placed both times. Not expecting her in the finish at her first black-type race.

The only maiden in the race this Teofilo filly trained by Tony McEvoy has three places from her five starts. Was always well back when 13th in the Auraria. Not here.