The Wyong Gold Cup is a 2100 metre quality handicap race run by the Wyong Race Club at Wyong. It is held in early September and is the feature event of the day which also includes the Mona Lisa Stakes.

You can read more about the race history, lead-up races and past winners on the Wyong Gold Cup page. 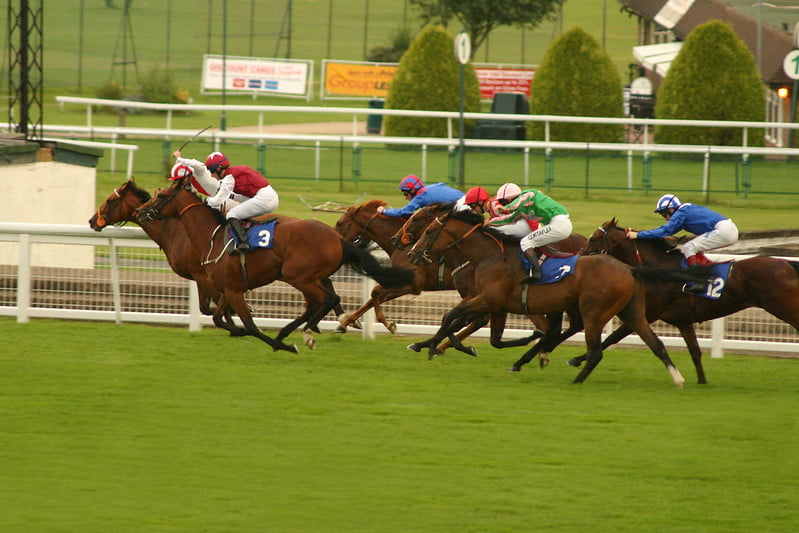 Kiss The Bride has won his last two races at Randwick (1800m then 2400m) and has drawn the inside barrier.  The Lord Mayor has placed twice from seven runs this campaign, including a close 2nd in the Grafton Cup over 2350m, and drops in weight. Big Duke has been unplaced in all four runs this preparation but finished strongly to finish 4th in the Premier’s Cup Prelude last start. Toryjoy was run down late to finish 4th in the Rowley Mile but was less than a length from the winner. Hush Writer was 2nd in this race last year and resumes from a 20 week spell but has had multiple trials. All other runners are currently 25 to 1 or longer.

A good stayer who won the Group 2 Chairmans Quality Handicap over 2600m then was 3rd in the Group 1 Sydney Cup over 3200m back in April. He resumed from an 18 week spell for 4.1 lengths 5th in the Premier’s Cup Prelude over 1800m on a heavy track at Randwick on 15 August. Should improve from that run.

Ran second in this race last year. He resumes after a 20 week spell and has had multiples trials. Rough chance.

Unplaced in all four runs this preparation but had the best overall race sectionals when 2.4 lengths 4th in the Premier’s Cup Prelude. Capable of a place.

He ran 2nd in the Grafton Cup over 2350m in July then ran on steadily from well back for 2.25 lengths 5th over 1600m at Eagle Farm on 15 August where he needed more ground. He has drawn barrier 2 and is good enough to make his presence felt.

This Savabeel mare won the Rowley Mile at Hawkesbury then finished 3.8 lengths 6th in the Group 3 Premier’s Cup over 1900m after being bumped and only getting clear late. She had the best 800m-400m sectionals and she is one of the main chances.

Last start she was narrowly beaten when favourite in the Premier’s Cup Prelude over 1800m. She can finish strongly and should be one of the contenders.

He faded to finish nine lengths off the winner last start in the Premier’s Cup Prelude at Randwick on a heavy track. He drops in weight from that run but hasn’t shown much in his recent racing.

He hasn’t been far away in recent races with a 3rd, 2nd and a 4th at his last three starts. He has the speed to overcome drawing the widest barrier and it wouldn’t be a surprise if he placed.

This grey won by a length at $31 over 1800m on a heavy track at Kensington on 18 July. That was a major form turnaround from her previous two starts where she finished near the tail of the field, Rough chance.

Last campaign he had two wins and four places from six starts, but he resumed after 14 weeks for 3.1 lengths 7th over 1400m at Randwick on 22 August. Not fancied here.

He has won at this track and he looked ready for more ground when a close 3rd in the Rowley Mile last start. Not the worst.

The locally-trained gelding from the Kristen Buchanan stable has won four races at this track, and two of them were over this distance. His last run was 3rd in the 2000m Taree Cup on 23 August. He’s a good horse and it would be lovely to see him in the finish.