The Wagga Wagga Gold Cup is a 2000 metre handicap race run by the Murrumbidgee Turf Club at Wagga. It is held in late April or early May as the feature race of a two-day Racing Carnival.

You can read more about the race history, lead-up races and past winners on the Wagga Wagga Cup page. 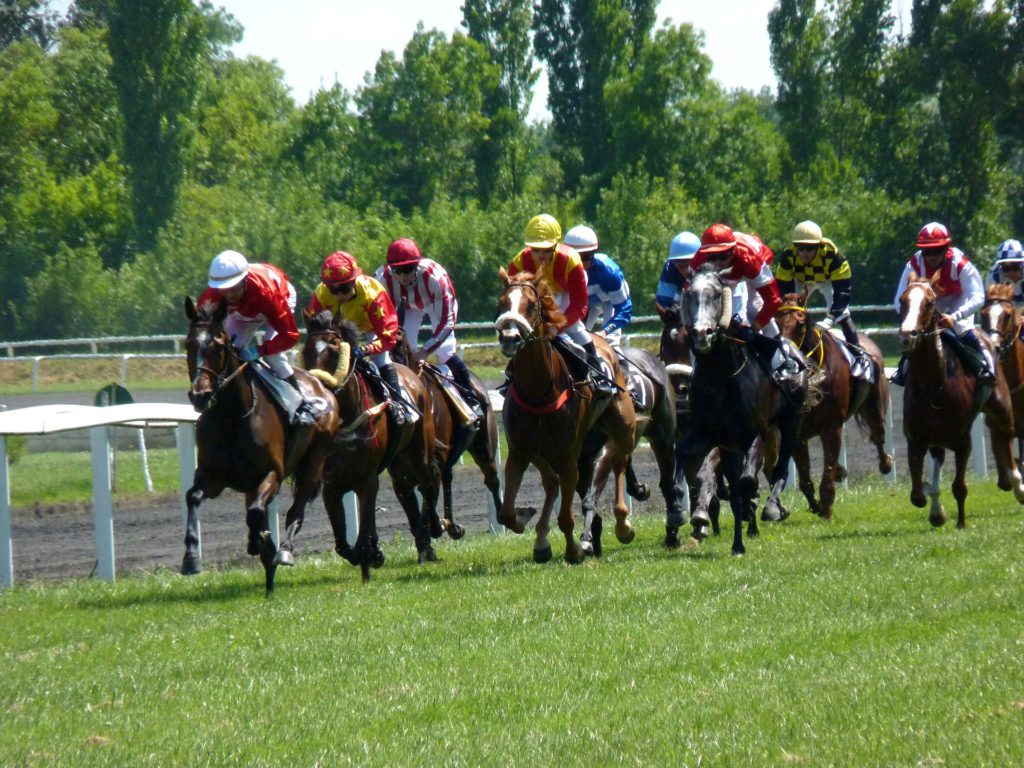 There is a full field of 16 runners plus two emergencies for the $200,000 Wagga Cup. They come from a variety of places and through many different races but three of them had their last start in a 2000m handicap at Caulfield on 24 April, three in an 1800m BM 88 at Kensington on 25 April and two in the 1800m Murrumbidgee Cup at Wagga on 18 April.  There are 2 four-year-olds, a five-year-old, 11 six-year-olds, 3 seven-year-olds and a nine-year-old. There is one mare and 17 geldings, and Chris Waller is the only trainer with multiple (three) runners.

The early favourite is Yonkers who has won two races over this distance from his last four starts – one at Randwick and one at Caulfield. Second favourite is Spirit Ridge who has an excellent record at this distance and is dropping back in distance after running in the Group 1 Sydney Cup over 3200m last start. Third favourite is Paths Of Glory who won the Group 3 JRA Plate over 2000m last outing.

The Lord Mayor has four wins at his distance and Inverloch also has a good record at this distance range. Mr Marathon Man won the Listed Canberra Cup over 2000m two starts ago. Skelm was a 2.25 length winner of the Stony Creek Cup over 2100m three starts ago. Maid Of Ore, the only mare in the race, won the 1800m Gundagai Cup two starts ago before 4th over 1800m at Kensington. Huntly Castle was the winner of the Murrumbidgee Cup at this track on 18 April.  All other runners are currently 20 to 1 or longer, including High Opinion who has placed in this race twice.

This six-year-old trained by Archie Alexander at Ballarat has six wins from his 15 starts, but performed poorly in all three starts last preparation. He resumes here after a 30 week spell and has had a recent trial. He is a multiple Group 3 winner and all his wins have been in the 2200m to 2450m range. Prefer to see.

Winner of both the Group 3 Summer Cup and the Listed January Cup over 200m at Randwick, this six-year-old started this campaign with a close 2nd in the Group 3 Sky High Stakes over 2000m at Rosehill on 13 March, before stepping up to 2400m in the G1 Tancred Stakes  where he ran 5th and then the 3200m G1 Sydney Cup where he finished well back. Should go well back to his favourite distance and is one of the main chances.

Last start this grey gelding was behind the leaders straightening and took a split at the 300m and kept chasing to get there late for a 0.2 length win in the G3 JRA Plate over 2000m at Randwick on 24 April, running the best last 2000m race sectional of the day at the distance. Nicely drawn in barrier 4 he should be in the finish.

He has a good record at the 2000m with four wins and six places from 15 runs at this distance range. Has placed at four of his last five starts and is capable of placing again.

Won by 4.75 lengths last outing over 2000m at Caulfield on 24 April. The Lord Mayor and Inverloch were both in the same race and finished 3rd and 5th respectively. One of three runners for Chris Waller, he looks the likely winner.

Four of his five wins have been at this distance. He resumes here after a 21 week spell but doesn’t normally go well first-up.

Canberra Cup winner over this distance on 8 March, then finished 1.9 lengths 7th over 1400m at Randwick on 24 April where he had the best 800m to 200m race sectional. Expect him to go well.

A versatile galloper who won 4 of his 6 starts at the end of last campaign, and placed at the other 2. He resumed for 4.5 lengths 10th over 1800m at Kensington on 25 April. Will improve second-up.

Won the Stony Creek Cup on 7 March then ran 8.95 lengths 8th in the Listed Mornington Cup, then 3rd over 2400m at Caulfield on 10 April. Not the worst.

The only mare in the race, this six-year-old trained by Nick Olive at Canberra won the Gundagai Cup over 1800m on 11 April, then ran 4th in a BM 88 handicap at Kensington on 25 April, finishing ahead of He Runs Away and High Opinion.

This nine-year-old finished 3rd in this race in 2020 and 2nd in 2019. He hasn’t beaten many runners home at his last 4 starts, but seems to like it here and could run well again.

Last start winner of the Murrumbidgee Cup over 1800m here on 18 April. He has won 3 from 3 at Wagga and looks a major contender.

Won the 2020 Murrumbidgee Cup before finishing 7th in the 2020 Wagga Cup. He ran 3rd in the Albury Gold Cup in March but then only beat one runner home in the Group 3 Easter Cup last start.

Has drawn barrier 17 and only beat one home when resuming in the Murrumbidgee Cup. This looks too hard.

Has drawn the outside barrier and this looks a big rise in class.

Only beat one runner home last start and ran last the previous start. Needs to improve.