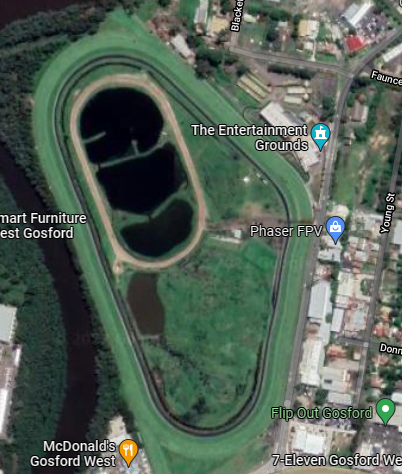 Gosford races are held at Gosford Racecourse throughout the year. The NSW Provincial club holds around 24 meetings a year that are mostly during the week and the occasional Saturday.

Located around 76km north of Sydney and 91km south of Newcastle, Gosford has a tight-turning track that hosts some feature racing at the end of the Sydney Autumn carnival as well as their feature in December, the Group 3 Belle of the Turf.

Gosford races don’t have any Group 1 events but they have one Group 3, one feature race called “The Coast and some excellent Listed races over the carnival.

Getting to Gosford Races

Getting to Gosford by car is about an hour’s drive north of Sydney and there is plenty of free parking available. You can catch bus number 34 Gosford Station, which is approximately a 20-minute walk. If you’re coming from Newcastle, you need to be on the Newcastle and Central Coast line or the Northern Line if you’re coming from Sydney.