Brisbane races are held at Doomben Racecourse, which is one of two Brisbane metropolitan racecourses that are run by the Brisbane Racing Club which is the result of the amalgamation between the Brisbane Turf Club and the Queensland Turf Club, the other being the Eagle Farm Racecourse.

Brisbane racing at Doomben has seen some great thoroughbred racing over the years during the Brisbane Winter Carnival when the Group 1 Doomben 10,000 is run and won.

There has been some sensational sprinters take out this event in recent year’s with Apache Cat, Takeover Target and the home town heroes Falvelon and Chief De Beers all tasting Group 1 glory at Doomben races

Betting on horseracing at Doomben Races really hits fever pitch during the Brisbane Winter Carnival when there are seven Group races to go along with the two major Group 1 events at Doomben. 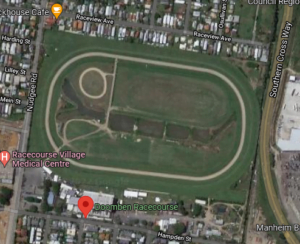 Getting to Doomben Races