The Queensland Derby is a three-year-old set weights race over 2400 metres. The race is held at Eagle Farm in early June each year during the Winter Racing Carnival.

You can read more about the race history, lead-up races and past winners on the Queensland Derby page. 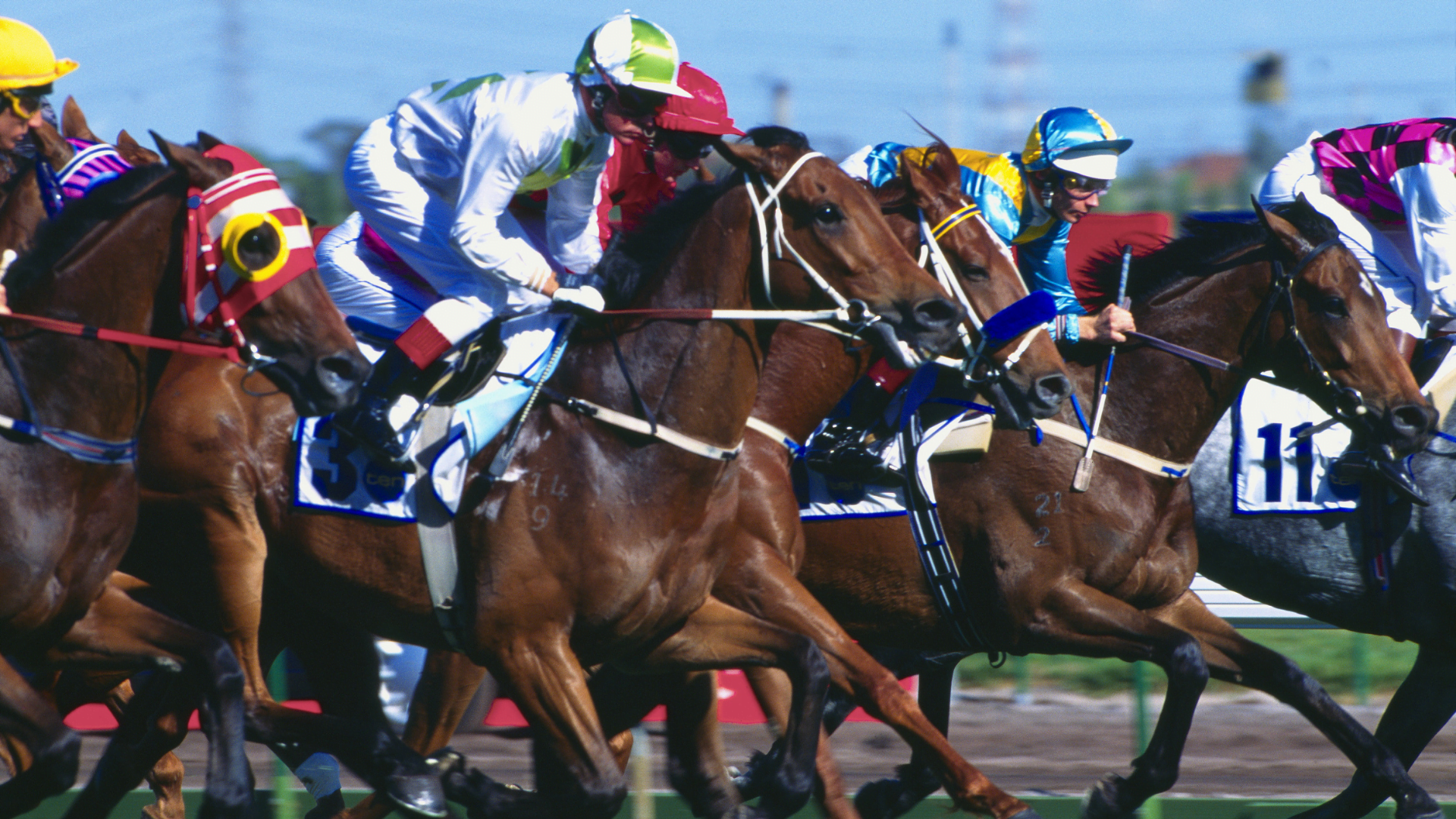 Eighteen three year-olds plus three emergencies have accepted for the Group 1 Queensland Derby.  There are six colts and fifteen geldings in the field.  Chris Waller amazingly has six runners in the race while the Ciaron Maher and David Eustace camp have three.  Michael Kropp who trains at Toowoomba has two.  The main lead up race is the Rough Habit Plate which was run at Doomben over 2000m.  Eight ran in it.  The early favourite in the betting is the all conquering Explosive Jack.  He is attempting to win his fourth Derby here!  The second favourite is Senor Toba.  He ran on well to finish third in the Rough Habit but has the outside barrier to contend with.  Let’s Karaka Deel has finished second at all three starts this preparation including the South Australian Derby last time and could be set to peak here fourth up.

Kukeracha was held up at a crucial stage in the Rough Habit but was still able to hit the line very strongly to finish second.  Achiever and Fortified are last start winners and both come from the Chris Waller stable.  Horrifying is on the quick back up after winning at Flemington last week, while Maranoa has finished in the top two at each of his last four starts.  The remaining runners are longer than $20-1.

We mentioned in our South Australian Derby preview how amazing the effort has been from trainer and horse to win in four different states in his first racing preparation and who’s to say it can’t be five after he won the South Australian Derby at his last start.  That adds to his ATC Derby & Tasmanian Derby wins!  Can get a comfy enough run in midfield from barrier 6 for John Allan and assuming he still has some juice left in the tank brings as good a form as any horse into this.

Stable mate of Explosive Jack.  He ran really well to finish second behind Explosive Jack in the South Australian Derby and may have some improvement left only fourth up into this.  Expecting him to run well.

Has improved with each run this time in and now gets out to 2400m fourth up with a massive jockey change.  James McDonald going on.  He got pushed back inside runners at the top of the straight in the Rough Habit and has done a cracking job to pick himself up and run second.  Go well here.

Last start benchmark 78 winner at Rosehill.  He is likely to come across and settle handy from his middle barrier and give himself every chance up on speed.

Been up for a while but that’s no issue with this stable.  Maps to get a great run from barrier 8 in the front half of the field but I have others ahead of him.

Loses nothing with the reigning Melbourne Cup winning jockey Jye McNeil taking over from a former Melbourne Cup wining jockey in Michael Rodd.  He was a surprise $70 winner of the Rough Habit last time but there were a couple of unlucky runners in behind.

Another of the Victorians.  He is on the quick back up after storming home to win right on the post at Flemington last week.  Up in grade here but wouldn’t shock.

One of the fancies in the race.  Unfortunately for connections he comes up with the visitors draw (21) here but has Hugh Bowman who is as good as any (and he will need to be).  This horse won well at Randwick, then raced like he was looking for this trip when third at Doomben last time.  In the mix.

Unsighted in the Rough Habit last time as a $31 chance.  Back onto firmer footing may help him but looks out classes here.

Tounge tie goes on after being beaten a long way in the Rough Habit.  Needs to improve.

Lightly raced son of Snitzel who fought on gamely after setting a hot speed at Rosehill.  Looks the likely leader here for a great front running jockey in Tim Clark.

Never came on at Rosehill in easier company last time.  Looks a big throw at the stumps.

Easy winner at Ipswich last time and was a winner here prior.  Shouldn’t have too many issues with the trip.

Interesting runner.  Comes across from New Zealand to join the Mick Price and Michael Kent Jnr Stable after winning a Group 2 at Ellerslie on April 24.  Check market.

Another of the Chris Waller runners.  He drifted a long way back from a wide gate at Rosehill last start and finished off really well to run third.  Can settle closer this time.  Not out of this.

Has won just one of seventeen and was safely held at Ipswich last start.  Not for me.

Just fair to the line at Doomben last time.  Needs to improve.

Eleven start maiden who finished down the track in a bm 72 at Rosehill last start.  Beaten at Hawkesbury prior.  No.