(No LPGA this week)

Home of the  Final event of the FedEx Cup since 1998, the course was the first golf facility in Atlanta with seven holes built in 1907. Donald Ross from Dornoch GC famed designer of Pinehurst and last weeks venue designed 18 holes in 1913.

The course has a distinguished past, but perhaps is most famous for its member Bobby Jones winner of the first grand slam, the Open, US Open, British and US amateur championships in one year 1930, after which he promptly retired. 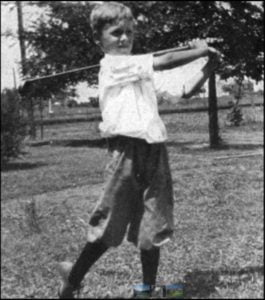 A very interesting and opportune investing opportunity. The last two of these I’ve tipped the winner and laid the favourites and that is the philosophy for the tournament which starts tomorrow.

Johnson will find it very hard to be competitive three times in a row and his win rate here is low. He may compete though. Back him back at $10 in play to recover your stake

Doesnt have as good a record on this course and event as on other courses.

Out of form, but too good to leave out and has no difficulty winning at this level

Young player on the way up, already in world top 50

has shown he is up to beating these

The Real Club, Royal Club of Valderrama obtaining its Real soubriquet from the Spanish monarchy is located in Sotogrande, San Roque in Andalusia, close to Gibraltar and Cadiz, the setting off place of Christopher Columbus.The Real course designed by Robert Trent Jones and considered one of his best was rated the top course in Europe after the 1997 Ryder Cup. At 6990 yards par 71 the course is very tightly surrounded by ever growing trees and many modern architects suggest that the course is so rated for its fantastic condition rather than creative, strategic design. It has a rating of 76.1 and a slope rating of 147, and the top European professionals appear to have problems with beating the course. Christian Bezuidenhoet won in 2019 with -10, but second was -4 and the previous year Sergio Garcia won with -12, second was -8. Its a good strikers course and accurate driving is a must.

Seve Ballesteros lit up Valderrama in the 1997 Ryder Cup and the course has ever been associated with Spain’s greatest golfer. The owner Jaime Ortiz-Patino collected over many years possibly the finest collection of antique golfing memorabilia which was displayed at the club.

From the bottom up

The above are all young players showing great promise

this wunderkind keeps beating them and has a very sound method.