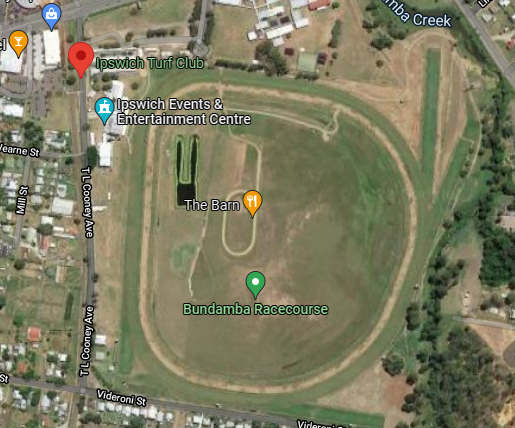 Ipswich races are held at Bundamba Racecourse which is much better known as the Ipswich Turf Club. The QLD Provincial club holds around 50 meetings a year that are mostly split between the weekends and during the weekdays.

Ipswich races don’t have any Group 1 events but they host their annual Ipswich Cup meeting in June every year, just after the Brisbane Racing Carnival.

Getting to Ipswich Races

If you are travelling to the racecourse via train, it is only a short 10min walk from Bundamba Station or alternatively, parking is available at the racecourse and its surrounds. From Brisbane, you need to get on the M5 before taking the M2 to Brisbane Road in Dinmore before taking exit 33 from National Highway 15 before following Brisbane Road until T L Cooney Avenue in Bundamba.