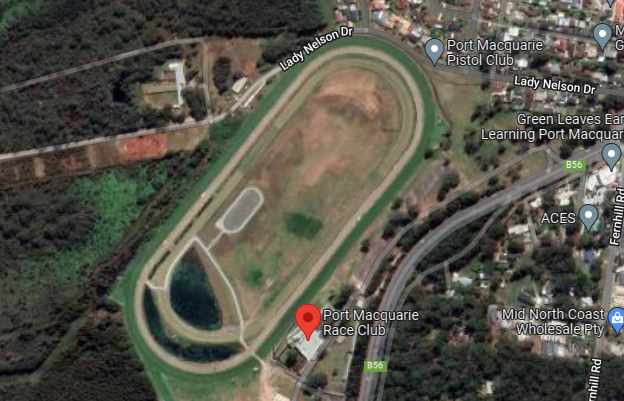 Port Macquarie Race Club was opened in 1968 and hosts 21 TAB meetings each year whilst additionally hosting another two meetings by the Wauchope Jockey Club.

Port Macquarie Race Club doesn’t have any Group or Listed races, though it does have it’s annual Port Macquarie Cup over 2000m, which is usually held on the first Friday after the Labour Day long weekend in October.

Getting to Port Macquarie Races

The easiest way to get to Port Macquarie Race Club is via car. Driving from Sydney, it is approx five hours, two hours from Newcastle and a short 2.5km from the Port Macquarie CBD and Airport. Outside of travelling by car, you can check out the local public transport on their website or even look at a taxi/Uber to the track.