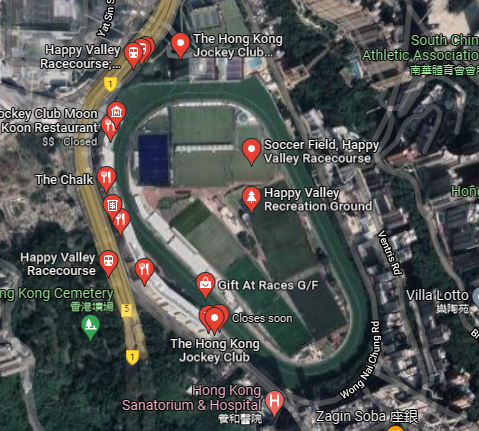 Happy Valley Racecourse is the home to night racing in Hong Kong. The track was built in 1846 as a means to bring horse racing to the country by British settlers. The Hong Kong Jockey Club which was founded in 1884, only had the Happy Valley track for some time until 1971 when the government approved the construction of Sha Tin Racecourse, which officially opened in 1978. Since Sha Tin was built, Happy Valley wasn’t classed as ‘world-class’ in comparison and was relegated to hosting mid-week racing, which began running at night time in 1973.

Happy Valley hosts only the Group 3 January Cup because of the size of the track whereas the other races are held at Sha Tin Racecourse.

Getting to Happy Valley Races