The undoubted jewel in the crown is the Magic Millions Carnival each year. The three day event doesn’t have any group racing because the fields are restricted to Magic Millions graduates but this doesn’t mean there isn’t Group 1 performers on show.

The latest Magic Millions graduate to make his mark was the Magic Millions 2YO classic winner Phelan Ready who would go on to take out the world’s richest 2YO race, the Golden Slipper at Rosehill Gardens. 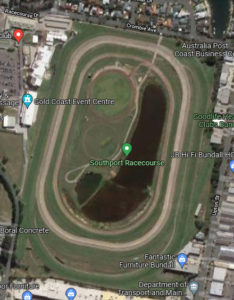 Getting to Gold Coast Races

For those of you that have been to the Gold Coast on a holiday, you will know that it’s a five minute taxi ride to basically anywhere on the Gold Coast from Surfers Paradise to Broadbeach so getting to the Gold Coast Racecourse is a very easy thing to do if you want to enjoy a day at the races.

The Gold Coast Turf Club does run a courtesy bus from Tweed Heads along the Gold Coast Highway to the racecourse both before and after the races.