The highlight of Perth races at Ascot Racecourse is the Perth Cup meeting held on New Year’s Day. The 3200 metre staying event is a classic test for the stayers with the 300 metre inclining straight waiting for the racehorses as they turn for home.

The Perth Summer carnival always provides plenty of exciting horseracing and while Perth races are light on when it comes to Group 1 racing, they do have some highly competitive Group races in the leadup to the Perth Summer Carnival.

The Railway Stakes is the biggest feature race and the eastern state horses head west for the big prizemoney on offer. The Western Australian Turf Club or Perth Racing as it is now known has incorporated a few different bonus schemes for horses than can win certain races and this certainly adds to the excitement at carnival time.

The 294 metre straight is considered tough in staying races as it’s on a slope uphill. 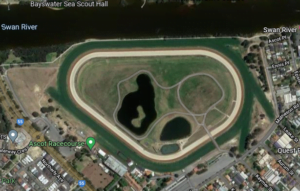 Getting to Ascot Races

You can easily get to Ascot Racecourse with public transport. The Circle Route 98 and 99 buses drop you off on Grandstand Rd every day of the week. The Perth Transit Bus 698 takes you directly to the racetrack from the city centre. A shuttle bus service is also in operation from Baystwater train station to Ascot from between 10am and 1pm. The return service operates between 4pm and 6pm.