The National Football League, best known as the NFL, is the most popular and profitable sports league in the United States. With so much attention to football around the world, it is not surprising that the NFL has become such a multi-million-dollar industry. Times have also changed the way we watch the games; we now follow players with fantasy teams as well as watching the games on Sundays with family and friends. The NFL has really turned into a cultural phenomenon that large numbers of fans love watching.

NFL was founded in 1920 and is now one of the most popular sports leagues in the world. The football industry has undergone many changes due to the success of the NFL. In 1920, there were no professional football teams. The NFL was founded by one man who wanted to bring pro football to America so he created a team called the Decatur Staleys, and then a few years later he changed their name to the Chicago Bears because he thought that would be a little more fitting for his team since they played in Chicago. This first team quickly became popular all over America and other teams formed because people wanted to play against them. The players from these teams were not paid for their work

An Overview of NFL Seasons

The NFL has been around for over a century and has gone through many changes and transformations. Below is some interesting bits about the history of the NFL and how football changes the way people watch games.

Key dates in the history of the NFL

How does the NFL work?

NFL season is divided into three parts: a 3 preseason, an 18-week regular season (during which each club plays 17 games), and a 14-team single-elimination playoff that culminates in the league’s championship game, the Super Bowl. 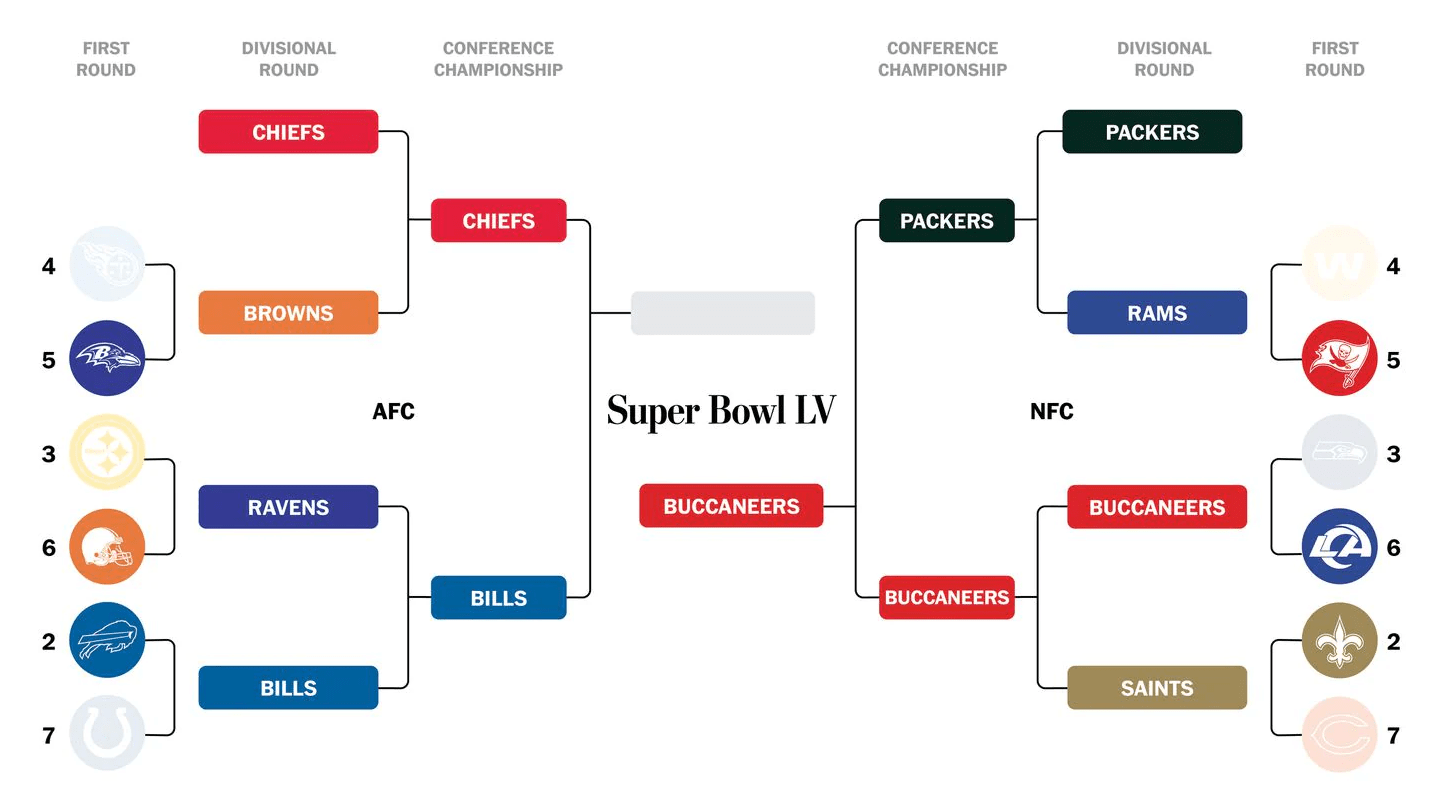 The Pro Football Hall of Fame Game kicks off the NFL preseason. Three preseason games are needed for each NFL club. In odd-numbered years, NFC clubs must play at least two of them at home, whilst AFC teams must play at least 2 at home in even-numbered years. The teams in the Hall of Fame match, as well as any club that has competed in an American Bowl game, are required to play four preseason games.

Preseason games are exhibition matches that do not contribute to regular-season totals. Because preseason games do not count for standings, teams usually do not concentrate on winning games; rather, coaches use them to assess their teams, and players use them to showcase their abilities, both to their present club and to other clubs if they are cut.

Presently, each team’s fourteen opponents for the 17-game regular season schedule are selected by a formula: The regular season lasts eighteen weeks and consists of 272 games. The season has started the week after Labour Day (the first Monday in September) and ended the week after New Year’s Day since 2021. The defending champion’s first game of the season is usually played at home on a Thursday.

Matchups in the NFL regular season are decided using a formula. In one division, all four teams play fourteen of their seventeen games against the same opponents – two games (home and away) are played against the other three teams in the division, and one game is played against all members of the NFC and AFC divisions, as decided by a rotating cycle (3 years for the conference the team is in, and 4 years in the conference they are not in).

Two of the remaining games are intraconference games, which are decided by previous year’s results — for example, if a club wins its division, it will play 2 other first-place teams in the conference, whilst a team that finishes last would play 2 other last-place teams in the conference. The championship game is an inter-conference matchup decided by the previous season’s rankings and played on a rotating basis. Each club plays seventeen games in total and has one bye week during which they do not participate.

Following the regular season, the NFL Playoffs are conducted, which are a fourteen-team single-elimination tournament. Each conference is represented by seven teams: the champions of each of the four divisions, along with 3 wild card teams (the 3 remaining teams with the best overall record, with tiebreakers in the event of 2 teams having the same record). These clubs are ranked based on overall performance and tiebreakers, with division winners always being placed higher than wild card teams.

To decide the league champion, the AFC and NFC champions play in the Super Bowl.

What are the NFL Betting Options?

People around the world analyse data, matches, and patterns to gain an advantage on betting lines from different sportsbooks that provide NFL markets. It may be a single match, a player betting prop, or NFL futures bets that punters hope to profit from.

During the NFL football season, placing bets can be a fun and lucrative activity if you invest the time and effort. Here’s what you need to get a better knowledge of how to bet on NFL games from the preseason through the Super Bowl, whether you’re using live odds or conventional football betting lines.

In an NFL futures bet, you’re betting early on events that may occur at conclusion of the season. There are a variety of NFL futures bets available, with one of the most popular being “Who wins the Super Bowl.” However, these markets are not restricted to which club will reach the summit and win the title. Here are some popular futures bets before and during the regular season:

The disadvantage of these bets is that they may take weeks or even months to decide the winner, but the odds are usually inflated, which means it can be worth the wait if you win.

Paylays is when you place several bets in different games, including as a moneyline, spread, and totals, on a single ticket. You need all of your bets to hit in order to win your parlay.

Teaser bets in the NFL are a method of altering point spreads to benefit the bettor. To win your ticket, you’ll need all of your bets to hit, much like a parlay; but, you may reduce your risk level by adjusting the preset point spread or totals lines from bookies.

Prop bets in the NFL are like a game inside a game for many bettors since they don’t usually influence the matchup’s ultimate result.

Individual performances are typically the focus of the most popular NFL props, which are calculated using the OVER/UNDER system. Here are many popular NFL game and player props:

Where to find the best NFL Tips?

Online punting sites are the best place to get NFL tips and advice. From free sites to paid subscription sites, it’s up to you to decide the most appropriate way for you to access the best NFL tips that suit your personality style, risk profile and bankroll.

While every punter is diﬀerent and will approach things in their own way, you can optimise your betting proﬁle by taking advantage of professional NFL tipsters who have spent many days completing the professional analysis for you. They are the ones who’ll provide you with the best NFL betting tips.

Also look for an NFL tipping service that discloses and clearly explains their odds recording policies. This gives members the opportunity to take much better prices and ensures clarity for members and non-members alike, allowing you to critically assess and compare each service’s performance. Most importantly ensure they are highly profitable with their results transparently recorded and reported daily for review by all members and non-members alike.

Current tally: +4.28 units Carolina did right by us to

The highest profile game of the week is always saved

The NFL is back for another season and back to

View this weeks tips. Our racing panel gives you their best tips each week.
Page load link
Go to Top