Our Hobart Horse Racing Tips for the weekend.

Very very keen to get involved here. Not often an Ex-Chris Waller horse lands in Tassie and we get one here for Julie Richards in CAMPEAO. This horse has placed in 5 of his 6 career starts across both UK and AUS and can register his first win here for Julie Richards, who has had some great success with tried horses of late including Jaja Chaboogie and goes at 21% SR. Better than $1.70 looks a spoil, in a very weak race. MOVES LIKE JAGGER can be thereabouts but just hasn’t put it together this prep and gets a negative jockey switch here. HER THOUGHTS always seems to find one better and don’t think rising to 1400m will serve her any better. 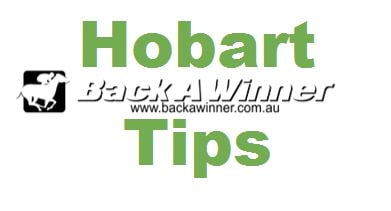 Pretty even race here but thought TIESTO represented some value at a price. He was disappointing last start but looked to be given little hope when only beaten 1.9L in a race taken out by YARRA MASTER, who comes up fave here. TIESTO was quite good the start prior when Pires took the reigns, and he jumps back on here after riding YARRA MASTER last start. Expecting an improved performance from the gelding, who should land near the speed. YARRA MASTER and AMANCAYA have come up a touch skinny given their relative set ups for this race. FOUR LETTER WORD will be rattling home, forgiving her last start performance she’s a chance.

Pretty weak maiden here with a lot of horses with plenty of convictions. Can see why TARKINE EAGLE is fave but the price looks a bit skinny given he’s 6th up, back in trip, coming off a gut buster and gets the services of Codi Jordan who hasn’t ridden a winner in over a month, despite leading the premiership – now that I’m writing this it should turn her form around. NINA CARMELLA has gone unsighted at the trials but is on debut for Tony Romeo and gets Siggy Carr straight on along with a stack of early market money – all things indicate she’s ready to go. BROADWAY BABE was sold after 14 starts without a win and looks bound for a North Queensland campaign, given she gets a long way back I can’t see her winning until she lands at Rockhampton’s long straight, she’ll likely leave Tasmania as a maiden, but can be thereabouts here.

Best Bets Our Balaklava Racing Tips for Wednesday's meeting. Covered Call (Balaklava Race 4 No. 1) This four-year-old Adelaide gelding resumed from a spell for 4.3 lengths 5th over 1200m at Murray Bridge where he worked home late, then started favourite but was overpowered in the final 50m for 1.3 lengths 2nd over 1400m at Murray Bridge on 13 June. He is third-up, fitter and ready to break his maiden status. $2.70 Each Way Vivaldi's Quest (Balaklava Race 9 No. 17)

Best Bets Our Horse Racing Tips for the 29th of June. Ghostwriter (Eagle Farm Race 7 No. 5) Ghostwriter strikes the right race and should prove hard to beat. It was heavily tried last start and should be extremely suited by the rail out. Expect an aggressive ride early and it will be hard to run down. $4.80 Each Way Hettinger (Eagle Farm Race 5 No. 5) Hettinger presents good value at the $12.00 mark. It put in a solid run

Best Bets Our Sandown Lakeside Horse Racing Tips for Wednesday. Redsong (Sandown Lakeside Race 3 No. 13) Redsong is a stayer on the up.  He has hit the line nicely at his last two starts and will be rock hard fit now having his fifth run of the preparation.  Furthermore, he gets Jye McNeil and blinkers on for this.  Should prove hard to beat with even luck in running. $6 Each Way Princess Annalise (Sandown Lakeside Race 5 No. 14) Unbeaten four

Best Bet Our Belmont Horse Racing Tips for Wednesday's meeting. You can find all of Josh Reed's articles by clicking here. Platinum Class | (Belmont Race 2 No.9) This is a very thin maiden race and I reckon this unraced War Chant filly is worth the bet. Her trials have been good and they have been patient with her, so I think she is ready to put her best foot forward in her debut. She has drawn nicely, and has Chris Parnham aboard, so all going well,